PETER ŠKERL (1973) studied at the Academy of Fine Arts in Ljubljana and graduated in visual communications design.  He has been self-employed in culture since 2002. He has an extensive illustration opus behind him. He already showed his artistic talent at various competitions as a primary pupil. As a student at secondary school for design he made a short cartoon film ‘Three Caterpillars’ and provided the artwork for several periodical books. At the Academy of Fine Art and Design of the University of Ljubljana, he developed illustration into a creative, design and imaginative totality. With a feeling for illustrating book contents, he used various painting techniques and their combination in developing his own artistic expression. He co-created theatre and puppet performances, at first as an amateur actor and later also as artistic designer. He did the set for the puppet shows ‘Goldilocks and the Three Bears’, ‘Mr Constantine’s Hat’, ‘Wormitch and the Sticky Substance’ and ‘Little Red Riding Hood’.

The book Marshlanders has drawn a lot of attention both at home and abroad. It has been awarded with Hinko Smrekar Award – the highest illustrator’s Award in Slovenia. It was listed among 200 books for children and young adults from the whole world – The White Ravens 2014 and exhibited at the Bologna 2014.

He still like to experiment, mainly illustrate for children and he particularly enjoy it because children react quickly and openly to his work.

AWARDS IN THE FIELD OF CHILDREN’S ILLUSTRATION:

A SELECTION OF PUBLISHED WORKS:

His ilustrations have been selected to be shown at several major illustrations events, including:

“Peter Škerl has created his own recognisable artistic language, which lives in harmony with the text and adds to it. His illustrations are distinguished by a sensitive depiction of mood, created by pictorially rich colour surfaces. The painted story supplements the text by creating and identifying the place of the events, providing the literary figures with visible characteristics, which potentiate their characters, and by dynamics. The illustrator achieves this with changing points of view, elements that encourage the movement of the pages onwards, page turners, and lines that show movement (he transfers from the world of comics to pictures, sometimes barely noticeable but extremely effective, so-called motion lines).” /Grounds for nomination: Astrid Lindgren Memorial Award 2016, 2017, 2018 – Illustrator nomination, Peter Škerl, Slovenia/

“Škerl’s work is distinguished by delicate, cultivated drawing with a mass of precisely drawn details and inventive compositions. A particular added value of the author’s illustrations is given by  unconventional use of colour, which sets chromatic relations in a completely new, original manner – so that the colour convincingly adopts the atmosphere not just of the story itself but also the prevailing characteristics of the time in which both the text and the illustrations are set.” /Smrekar Award, 2012: Močvirniki/ Marshlanders (Statement)/

“Peter Škerl’s illustrations are exceptional artistic works, which simply breathe the text. The illustrator adapts himself so much to the text, which carefully describes the nature of swamps and the life of those that live in them, that he is completely immersed in the author’s ambient. Because of the nature of the story, he remained completely faithful to the events and his sensitive drawings of the animal heroes of the narrative are fully harmonised in terms of tone with the dull green swamp colouring, which gives the depictions a characteristic atmosphere and thus goes far beyond mere artistic description. He achieves a mysterious charm in his pictures, which is also radiated by the most concealed nature of the undergrowth, amphibians and insects and he has created simultaneously a monumental and delicately sensitive work, in which the full page illustrations, as well as the vignettes are much more than an indispensable part of the integral literary work of art. Such a book transforms reading into a real aesthetic luxury, which links the beauty of art and nature.” /IBBY Honour List Illustrator 2014: Simoniti, Barbara: Močvirniki/ Marshlanders (Statement)/ 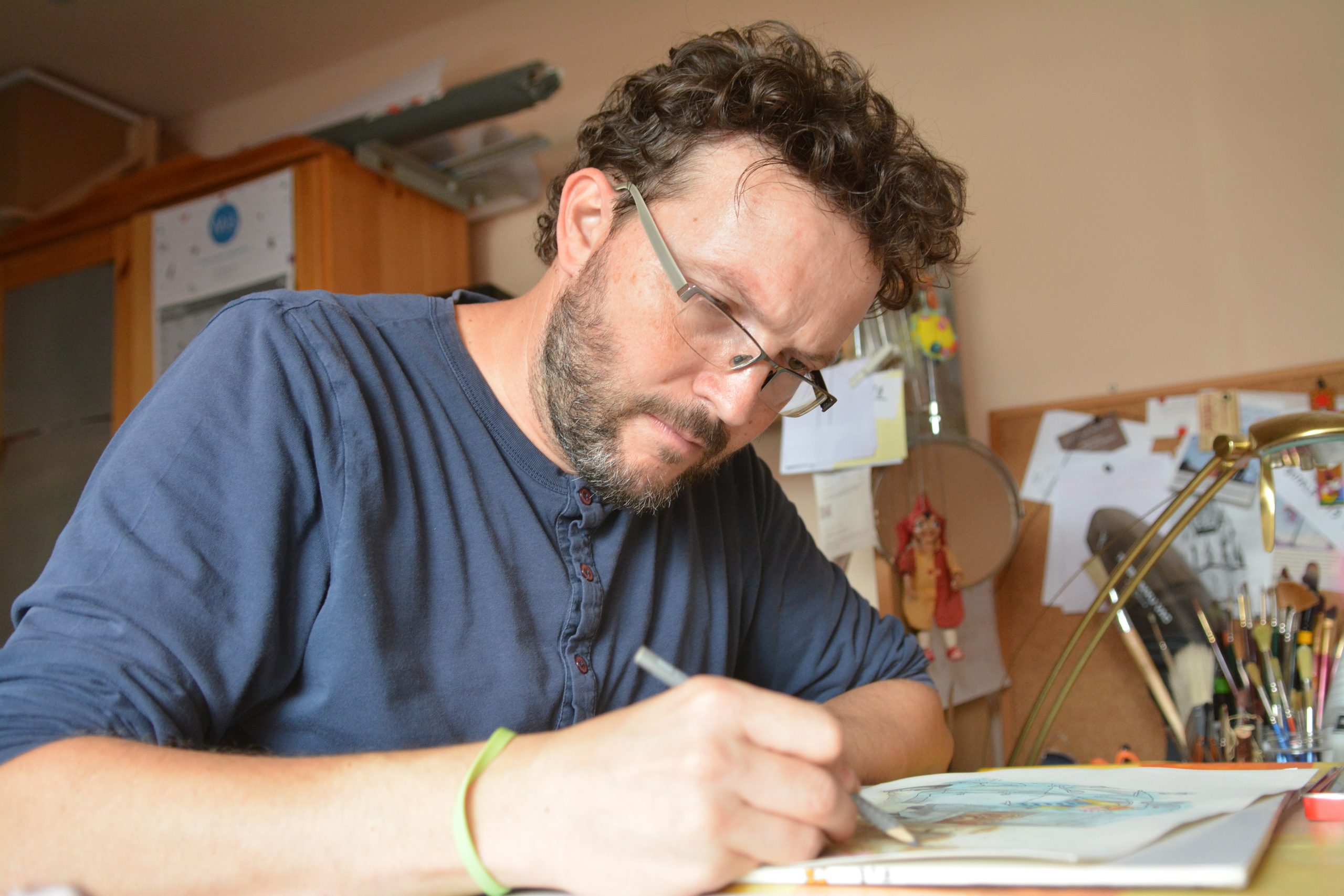